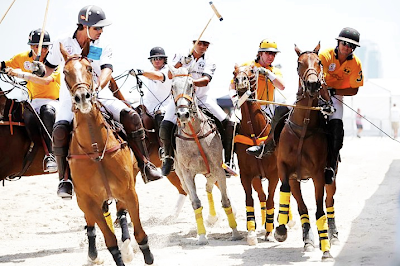 "Sport of Kings", "Chukkers", "Ralph Lauren": Many words and phrases have been tied to the game of polo but "Chicago" hasn't been one of them - until now. Chicago will become the center of the equestrian universe when it hosts the GREY GOOSE© Chicago Beach Polo World Cup 2011, beginning Saturday, October 1. 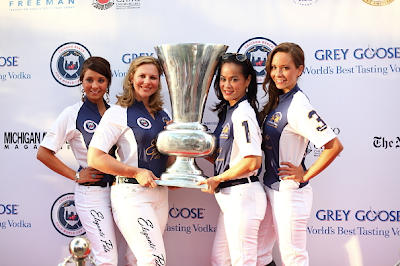 Check out the GREY GOOSE© Chicago Beach Polo World Cup schedule at the bottom of the page!

So it's your first beach polo tournament and you're wondering what to wear! Luxe File asked some of the city's top style and fashion mavens; TCW's Cassandra Gaddo; Stephanie Krol and Rebecca Kussmann, Chicago Beach Polo World Cup publicists; and polo player, Nic Roldan, what styles they'll be sporting this weekend. Here's what they told us:

If there's something familiar about Nic Roldan, it's not déjà vu. The 28-year-old polo prodigy, who was named one of Vanity Fair's "10 Hottest Horsemen", was in Chicago this week making some pre-World Cup appearances. While he won't be playing polo at North Avenue Beach (he'll be flying back to Florida for another tournament this weekend), the rising star and team captain told us what he'd wear if he could stay: "My favorite All Saints chocolate brown cords, a caramel RL cable cashmere sweater, and my Ferragamo tweed blazer and boots." 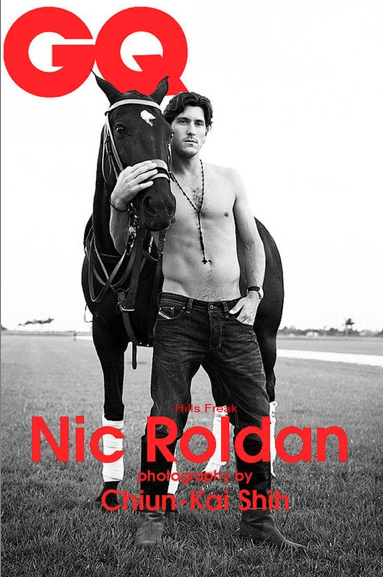 "Although polo tournaments tend to be very formal, I think Chicagoans might go for a bit more casual look this weekend. To go along with the equestrian theme, Salvatore Ferragamo Fersea leather riding boots and dark jeans would be appropriate. Expect it to be windy out at North Avenue Beach, so a Ralph Lauren Black Label Grayson shearling coat would keep you stylish and warm."
Cassandra Gaddo
Managing Editor
Today's Chicago Woman

"FINALLY- the much anticipated Chicago Beach Polo World Cup! I am looking forward to seeing my models rock the runway on Saturday - Factor Models will be showing off looks from City Blue Apparel and I plan to sport some threads from the store myself! My look will channel the 70’s - a Joie tiger-striped blouse with navy Theory slacks and a classic nude pump. I’ll pair it with my orange bag from Piazza Sempione for a pop of color."

"I am in Paris at the moment showing the line at (capsule) Patis but some of my fall designs will be featured in Saturday's fashion show. If I were to attend, I'd wear the Taylor scarf, a multi-colored raccoon infinity scarf with a C/FAN tee, Uniqlo skinny jeans and Givenchy booties."
Christina Fan
President/Head Designer
C/FAN Designs

"I'll be sporting white jeans and polo boots, which are so comfortable since I'll be running around with media all day and trying to keep up with the polo players! I'm also shopping for a fun hat to wear with a dress."
Stephanie Krol
Founder/Head Publicist
Stephanie Krol Public Relations 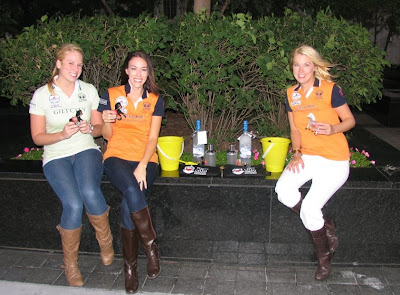 "Big sunglasses are a must on a polo scene so I'll be sporting my round Prada sunglasses and polo boots. I hope to break out one of my new dresses from Francesca's Collection and I'll be matching everything with my new orange trench coat!"
Rebecca Kussmann
CEO/Founder
Bettie Bomb, Inc. Public Relations

"I'm probably going to wear loafers with cotton pants or jeans and either a shirt or sweater with a sport coat. I may mix in a tie if I need to dress up the jeans. Chicago preppy."
Vincent Anzalone
Principal
Genuine Entertainment Chicago 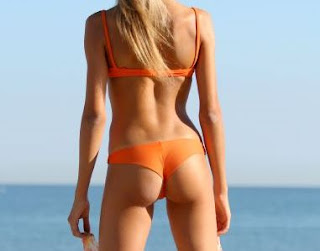 What's a girl to wear when she can't
wear a bikini to the beach?

"I have been to numerous thoroughbred races around the nation but haven't made it to a polo match. I'm glad Chicago is hosting this tournament - now I won't need an excuse to go out of town. I plan to keep my look simple: Armani jacket, RL button-down shirt, and MEK jeans."
Michael Jurecki
Senior Vice President, Corporate Development
Nuveen Investments 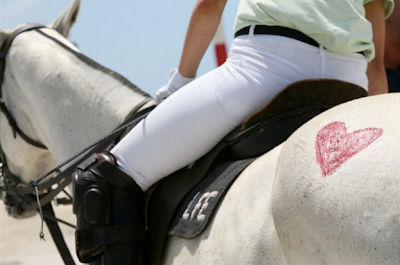 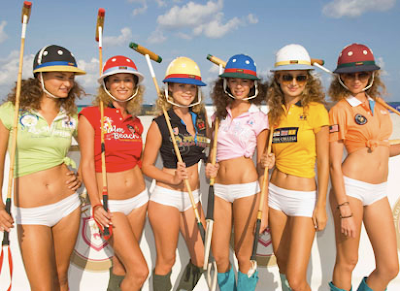 For more information, schedules, or to purchase tickets, click HERE.

Posted by Kerry Shorr
Posted by Luxe File Chicago at 6:41 PM No comments: 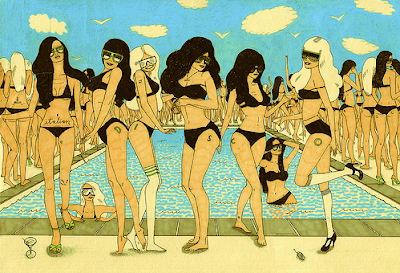 You spent the entire summer sun-goddessing your way from one rooftop pool party to the next but now that fall has arrived, the gold is gone and all that you're left with is dull, dehydrated skin.

Sure we may yearn for that "two weeks in the Maldives" look, but we all know that too much Vitamin D can wreak serious havoc on our skin.

For a little beauty Rx, Luxe File booked an appointment with Chatto Wright, owner of the celebrated Oak Street salon and creator of her own luxe line of hair and skin-care products. 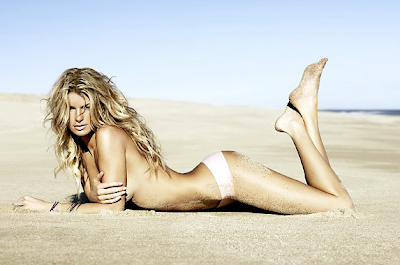 While every season offers an array of elements that can damage delicate skin, Chatto (pronoun- ced "Shah-toe") says there are plenty of options to keep them at bay. "Many products and services can assist in overturning the damaging effects of summer. My favorites are those that leave skin looking radiant and feeling smooth and rejuvenated." 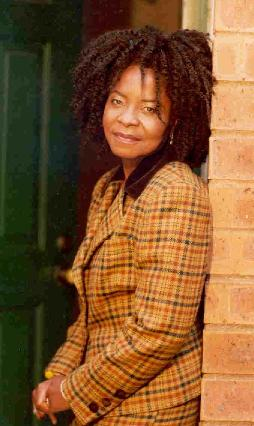 Pointing at our sun-battered bods, we begged to know which of Chatto's products would heal our skin back to health.

Here, the beauty insider shares a few of her favorites:

Product Name: Enzyme Exfoliation Scrub
What It Does: One of her top sellers, this Papain-rich scrub exfoliates dry, flaky skin, flushes away bacteria, and injects oxygen naturally into your clean pores.
Why We Love It: Papain comes from the papaya fruit and is a nature-made enzyme that helps skin in a multitude of ways. This wonder-ingredient keeps our skin shiny, flake-free and even helps to lengthen the lifespan of our sun-kissed skin.

Product Name: Shea Butter Black Liquid Soap with Aloe Vera
What It Does: Packed with aloe vera, enzymes, black soap, and shea butter, this liquid soap soothes dry, sensitive, and even sunburned skin.
Why We Love It: With all the tanning we had done, we were thrilled to find our skin felt tighter and appeared more even after three weeks of use. 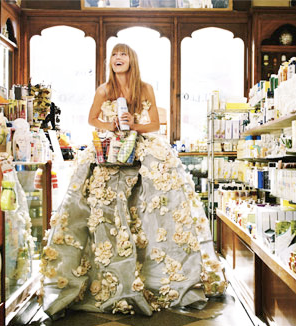 Product Name: Skin Treatment Cream
What It Does: This oil-free cream contains Vitamin C to lighten hyperpigmentation and alpha- and beta-hydroxy acids exfoliate dead, pigmented skin cells.
Why We Love It: Love the sun as we do, over- exposure can cause freckles and dark patches. Not only does the cream practically wash discoloration away, it keeps our complexions clean and acne-clear.

Product Name: Stardust Lotion
What It Does: Stocked with natural mica, this light moisturizing lotion softens skin and offers a subtle sparkle.
Why We Love It: Who doesn't love sexy shimmer- ing skin? Simply dab it on the areas that deserve a little extra attention - neck, shoulders, legs, and décolleté.

PRETTY WOMAN: If you've ever dreamed of starting your own business, you know it begins with a seed of an idea. Chatto's journey from beauty beginner to entrepreneurial bon vivant sounds more like a chapter torn from a Jackie Collins novel than real life: a young woman leaves her homeland in Ghana where she trades a promis- ing future in publishing to pursue a career in the beauty biz. 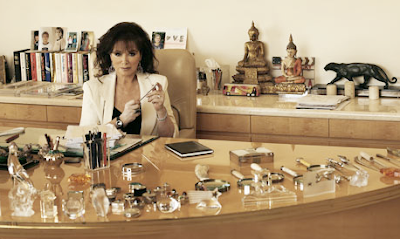 But after arriving in America, her new life comes stocked with a series of difficult challenges, like warding off robbers, skipping meals to pay her bills, working two or three jobs at a time, and investing her last few dollars to open her dream salon. In typical Jackie Collins-fashion, this wife and feisty mother-of-two waxes grace-under-pressure, overcoming adversity and insurmount- able odds to achieve her loftiest goals.

Today, she owns two successful salons on Oak Street and has used her education and training in advanced skin-care to launch an eponymously-named line of holistic products and treatments that promote health, beauty and restoration. "Some spas are good for body targeting. I want women to look and feel beautiful from the inside out."

Call 312-640-0003 to book a complimentary consultation or to schedule an appointment.

Posted by Luxe File Chicago at 2:24 PM No comments: