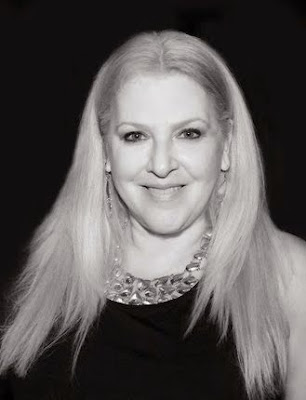 In 1992, singer, model, author, show host and drag queen extraordinaire, RuPaul, released his one-hit wonder and dance club anthem, Supermodel (You Better Work). The single hit #2 on the U.S. Dance charts and taught listeners a powerful lesson about the glittering, vanity-driven world where supermodels reign supreme: perfect proportions, long gams and a pretty pout could start the engine of a successful modeling career, but it was confidence, diligence and a never-ending stream of determination that kept it going. 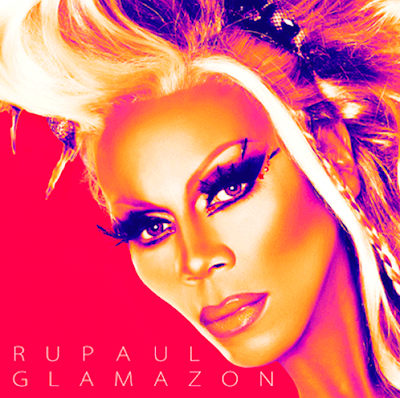 If anyone could teach a course about confidance, it’s Rose Mandel, one of Chicago’s leading dance and movement mavens and the petite, flaxen-haired dynamo behind Mandel Productions and Diva Gurls. Rose, whose career has spanned more than two decades, has done it all - from teaching dancers and models the fundamentals of how to move and pose with perfect grace to producing star-studded parties, philanthropic events and, of course, choreographing some of the city's most memorable fashion shows.

Luxe File recently caught up with Rose to find out more about her newest venture, The Catwalk Clinic - a diverse training program that offers runway preparation and direction to aspiring models and new talent - and got a glimpse into the life of a woman who keeps everything, and everyone, around her tapping. 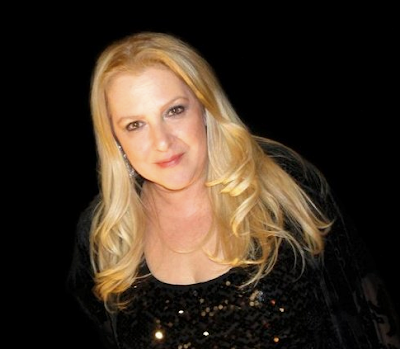 Rose, you have led a life that most of us can only dream about – from a professional dancer, dance critic and magazine publisher to launching your eponymously-named special events and production company and a luxurious line of jewelry and accessories – you don’t show any signs of slowing down! What inspired your newest venture, The Catwalk Clinic? Seems like someone is always asking me how to walk down a runway! I have taught at the top studios and offer private lessons to working models, celebs and business types. I also direct and stage numerous fashion shows, providing training to new models before the event, which gives them the opportunity to experience the industry in small segments until they are ready to book out. They’ve all gone on to successful careers - The Catwalk Clinic was just a natural next step. 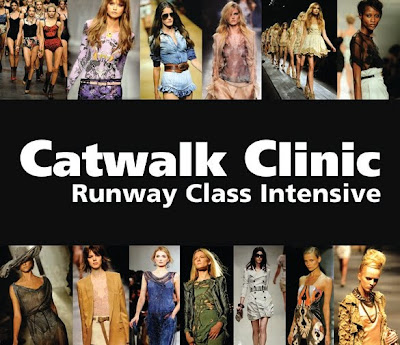 The Catwalk Clinic is a comprehensive program that offers the tools women need to become pros on, and off, the catwalk. What are your top tips for young Giselle’s-in-the-making? First, I would suggest opting for a modern look that’s versatile. It’s so important to take care of yourself - both inside and out – and I would suggest enrolling in both a dance and exercise class. Always remember to be punctual, polite, professional and prepared.

Networking is a vital part of the job as is keeping abreast of fashion trends and knowing the designers. Listen so you may take direction quickly and perform accurately and when you walk, move to the rhythm.

Modeling is a state of mind - be a “diva” onstage, not backstage. The rest is technique and experience that will eventually lead to a natural, signature style.

Models need to be open to new opportunities and take the necessary steps to expand their market outside of Chicago to include stints in New York City and Europe. 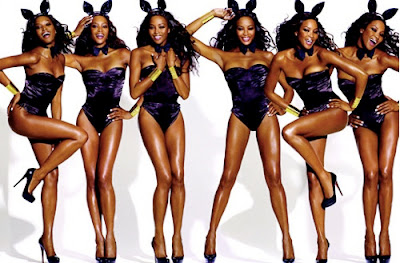 Other than walking with perfect poise and confidence, what is the most important lesson your students will gain from participating in your clinic? Complete body awareness and control - the ability to feel every move, turn and pose to perfection.

Chicago boasts some of the nation’s top modeling agencies but when it comes to teaching young women about the basic fundamentals, it’s lacking. Why is that and how does your program help them? Agents are busy folks so when taking on a new talent, their time is often limited to the basics and sometimes the agent assigns a new face to work briefly with a more experienced model within the agency. The Chicago market is also more conservative, so new faces must take the initiative to ask questions, watch and learn from other experienced models and attend the bigger shows. Practice is vital too. The Catwalk Clinic will prepare them, literally, for everything they need to know in order to launch their careers and work in other markets. 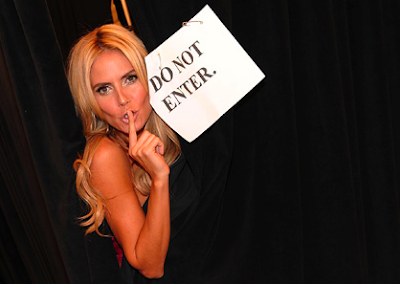 Model Mayhem: Enter at your own risk!

The Catwalk Clinic is geared towards teens (13-17 years old) and adult females (18+ years old). Any reason you chose not to gear it towards men? There are more details with women and more runway opportunities overall. Male models, assuming they are the correct height and size, are more frequently chosen for their overall look and physical “type” so that it matches the message of the collection shown. We will be offering master clinics geared just towards men in the near future.

Too often today, young women are faced with incredible pressure to look pretty and skinny and neglect showcasing the unique qualities that make them truly beautiful. Does modeling help, or hinder, women with these issues? Trends, thankfully, are moving away from that. The emaciated look is out and healthy bodies are in. However, if a young woman already has an unhealthy image, it needs to be addressed appropriately. 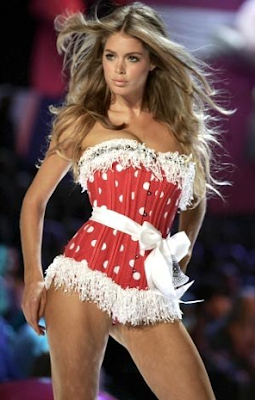 Fashion Embraces the C-Word: Curvy models,
like Doutzen Kroes,
are replacing rail-thin models
on the runway

What is the biggest fallacy about models and the modeling industry? That it’s all very glamorous and models are stupid. It just isn’t so! Fashion and modeling are extremely competitive, filled with a lot of hard work and preparation. You have to be on-point in every area to succeed, so most successful models are smart, savvy and in control of their careers.

Pick one and tell us why it’s your favorite city for fashion shows: New York City, Paris, London or Milan. Paris, of course - all the best couture shows! 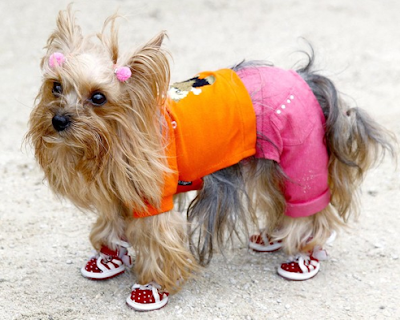 Size IS A State Of Mind: Hannah MacGibbon's smallest fan arrives
at the Chloé Spring/Summer '11
Fashion Show in Paris

Your industry mentors: Jimmy Rittenberg, from the original Faces Nightclub days and beyond; Gus Giordano, innovator of American Jazz Dance; Betsy Herskind, my ballet coach; Paulette Wolf, an amazing event planner; and my good friend and colleague, Sterling Capricio (of Sterling Capricio Couture), an LA-based designer originally from Chicago and my go-to guy for anything fashion. 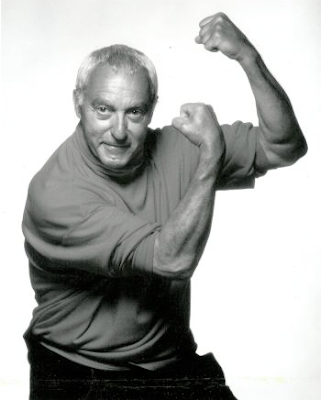 We read that Naomi Campbell picked up modeling pointers from transvestites at nightclubs. "I think they're the best runway models ever," she told People in 1991. How do you get inspired? Great music, movies, art, fashion, traffic patterns, rhythm of any kind, Karl Lagerfeld’s productions - any of these things can take my breathe away and deeply inspire all that I do and create. 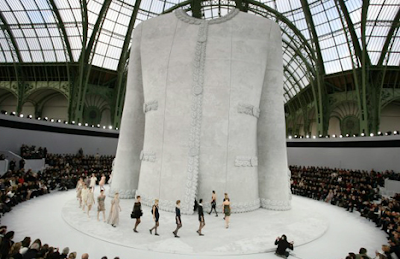 In 1990, supermodel Linda Evangelista jokingly told Vogue’s Jonathan van Meter, “We don’t wake up for less than $10,000 a day”, which was her way of saying that many models were now taking full-charge of their careers and calling the shots. What are some of the other signs the modeling world has changed now that supermodels like Linda, Naomi, Christy and Claudia have stepped aside? The supermodels from the 90’s were a combination of things: they walked in the most prestigious shows, were the “face” of the best campaigns and landed numerous magazine covers, simultaneously worldwide. Currently, top models receive much attention from participating in shows and campaigns such as Victoria’s Secret and they get paid more overall. Celebrities have replaced many models on magazine covers, spreads and in ad campaigns. The supermodels aren’t gone; in fact, you will see the return of most of them this fall season in the top fashion campaigns.

Describe a typical day: Starts early with lots of coffee; multi-tasking between business matters and meetings for Mandel Productions and Diva Gurls; emails; phone calls; reading; errands; exercise; reminding myself to keep my zen; networking; and ending with late-night creative on something! 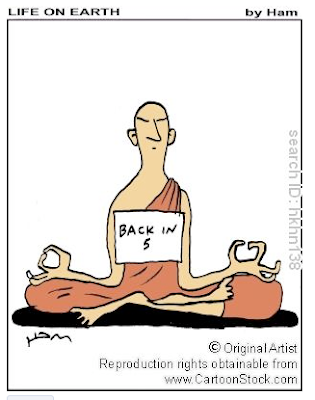 Achievements I am most proud of: I was the first producer-director-choreographer to ever bring fashion shows and dance to the nightclubs of Chicago, with my first company, Stardancers (I was even under-age and had a phoney ID); when I got my first union card from Actors' Equity; being part of the creative team/choreo- grapher for the first-ever Corporate Industrial Shows for McDonald’s Corporation; and my best, and favorite, show was for Clairol Professional which turned into a huge campaign. Those are just a few things I’m very proud of!

Work uniform: Stretch pants, a sleeveless t-shirt and Nikes - that changes, of course, for a meeting or event.

Favorite store or boutique in Chicago: I can’t answer this one! I have so many friends and clients in fashion that I love!

Whom I most admire: My dad, Buddy, for his ability to make anything happen.

Favorite indulgence: Bleu Cheese dressing and laying in a hammock. Can I have two? 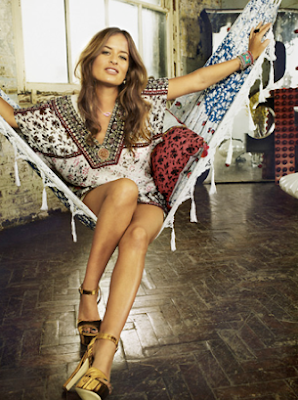 Three words that best describe me: Creative, stubborn and energetic

My hidden talent: A gourmet chef and an animal/dog whisperer, of sorts (I almost became a vet). In addition to creating natural pet remedies, I designed a protocol for Immune Mediated Thrombocytopenia (it’s when the body attacks its own platelets) to help save the lives of thousands of dogs. I also teach dog obedience and agility training. 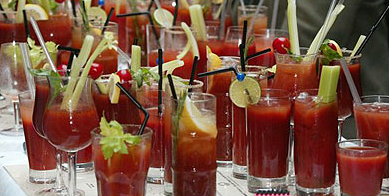 Words of wisdom: Better to fail at trying then succeed at doing nothing.

I can’t get through a day without: Coffee 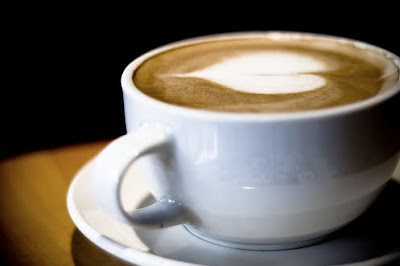 Coffee Is Where the Heart Is

The worst advice I was ever given: Don’t do it, because no one has ever done that before!

Why I love doing what I do: On every level, it makes me feel happy and energized!

Luxe File Chicago has dedicated its site to the “love of living luxuriously”. Finish this sentence, “When it comes to living luxuriously, always…”: Be charitable, follow art, wear beautiful lingerie all the time, listen to your heart and never, ever let ‘em see you sweat! 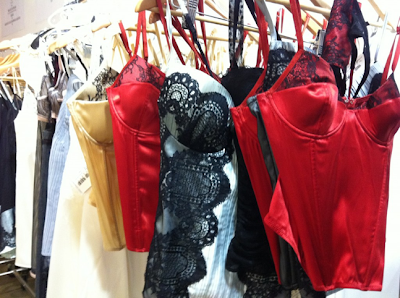